I fired up the Flux capacitor and set the DeLorean time machine for June 1, 2019. It was a wild trip, and I forgot to check to see if Donald Trump was still POTUS or if the iPhone 12 had a hologram feature, but I did steal a copy of The Comeback’s NFL power rankings from that date.

What does the NFL look like two years from now? How do the 32 teams rate against one another? Let’s take a peek into the future.

1. Oakland Raiders: The defending Super Bowl champs lead the way, even after losing Donald Penn and Jared Cook in back-to-back offseasons. Keeping Gabe Jackson and investing in 2018 MVP Derek Carr was the right strategy, and it paid off. 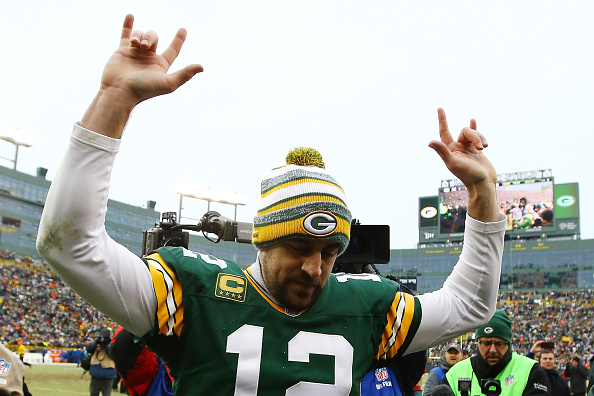 2. Green Bay Packers: Aaron Rodgers remains one of the best in the game, Kevin King and Nick Perry are studs and that defense has become a major asset. They continue to contend every year, and they remain on top of the NFC after a tough Super Bowl LIII loss to the Raiders.

3. New England Patriots: While it was a shame to see Tom Brady finally hit a wall as a 41-year-old last season, it wasn’t surprising when Jimmy Garoppolo kicked off his career as a starter with seven consecutive wins. With Jimmy G at the helm from the get-go in 2019, the Pats should win the NFC East for an 11th consecutive year.

4. Tennessee Titans: Falling just short against the Patriots in the divisional playoffs was heartbreaking, but with reigning Offensive Player of the Year Marcus Mariota under center, the Titans continue to be on the right track. They have the best offensive line in football, and Corey Davis and Derrick Henry often look unstoppable.

5. Tampa Bay Buccaneers: You won’t find an offensive foursome like Jameis Winston, Mike Evans, DeSean Jackson and O.J. Howard, but they do need to get better on defense now that Gerald McCoy is beyond his prime and Robert Ayers, Brent Grimes and Chris Baker are gone. 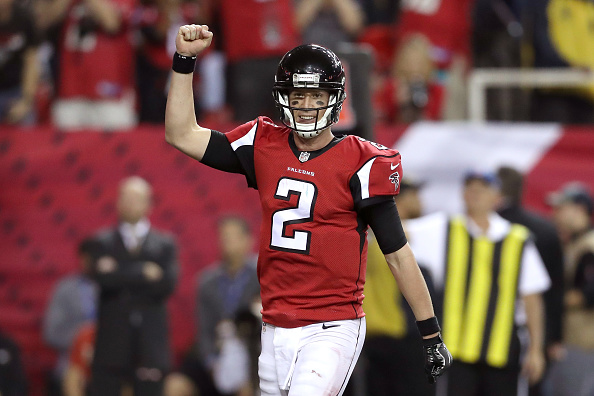 6. Atlanta Falcons: Atlanta suffered somewhat of a Super Bowl hangover after beating the Pats to destroy their pursuit of a perfect season in a Super Bowl rematch in 2017, and they lost several good young defensive players in order to afford quarterback Matt Ryan’s franchise tag. But did they have a choice?

7. Washington Redskins: With one of the best receiving corps in the league, the Redskins aren’t regretting giving a long-term contract to perennial Pro Bowler Kirk Cousins. It’s just too bad they weren’t able to keep Pro Bowl receiver Jamison Crowder.

8. Los Angeles Chargers: Philip Rivers remains effective entering a contract year and that offense is lethal. The Bolts also have one of the best defenses in the league, but they’ll miss Melvin Ingram and Casey Hayward in 2019. The window is closing, but with Joey Bosa coming off a monster year the Bolts remain the second-best team in the AFC West.

9. Dallas Cowboys: Dak Prescott hasn’t lived up to his amazing rookie season, but he remains solid behind a top-notch offensive line. And it helps that Ezekiel Elliott is the best running back in football. The defense still isn’t good, but they’re right there with Washington in the NFC East. Too bad they’re again out of cash after paying up to keep Zack Martin and extend Prescott. 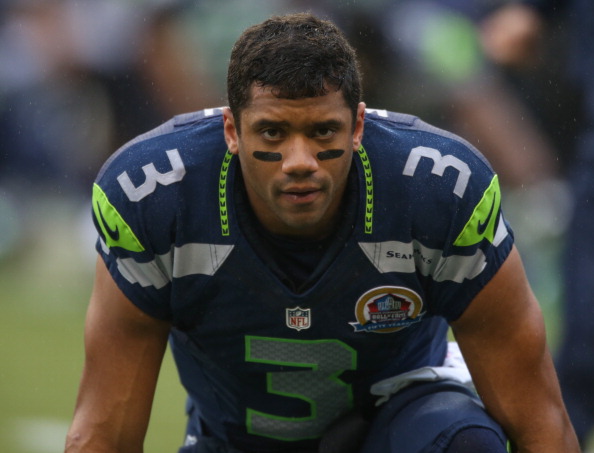 10. Seattle Seahawks: The Legion of Boom is basically gone now, and the offensive line is still a work in progress. But Russell Wilson is still one of the best in the game, which is why the Seahawks continue to contend.

11. Cleveland Browns: The Browns are riding a high after winning their first playoff game since 1994, but that was all on the defense and the supporting cast on offense. Reigning Defensive Player of the Year Myles Garrett can’t carry them on his back all the way to the Super Bowl, so they’ll need more from inconsistent starter Brock Osweiler. Or maybe they aren’t ready to give up on third-year Notre Dame product DeShone Kizer just yet?

12. Indianapolis Colts: Andrew Luck has undoubtedly become a top-five quarterback, and he finally has enough support. But front-office tumult continues to plague this team, as do holes on defense.

13. New York Jets: They were the worst team in football a year ago, but first-round rookie quarterback Sam Darnold put together an Offensive Rookie of the Year-caliber season and now there’s a lot of hope for a Jets team that won eight games in 2018. That defense remains superb, too, especially on the back end. 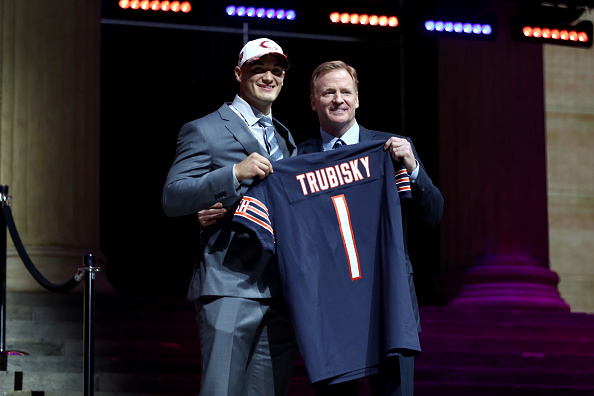 14. Chicago Bears: Mitchell Trubisky became a star in his first full season as a starter last season, and he, Cameron Meredith and Jordan Howard are a hell of a trio. With improved play on defense — and they spent big bucks in pursuit of that — the Bears could be a playoff team next season.

15. San Francisco 49ers: The Niners have a nice mix of young and old talent after investing heavily in a group of talented free agents last offseason, and they’ve at least created competition for quarterback C.J. Beathard by drafting signal callers early in the last two drafts. They should take another big step forward in 2019.

16. Minnesota Vikings: It’ll be weird seeing Eli Manning in a Vikings uniform in 2019, but with Pro Bowl running back Dalvin Cook and a defense that remains one of the best in the league, Minnesota had to give it a shot.

17. Houston Texans: That Jadeveon Clowney franchise tag cost the Texans Duane Brown and Kareem Jackson, leaving them a little low on talent along the offensive line and in several spots on defense. They’d better hope quarterback Deshaun Watson can continue to climb after a promising sophomore season. 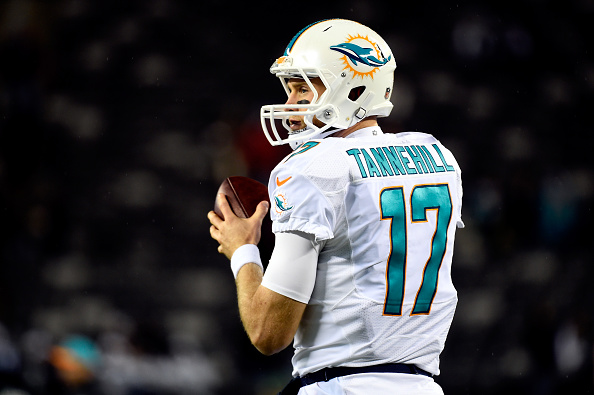 18. Miami Dolphins: Ryan Tannehill, Jay Ajayi and Jarvis Landry continue to be a three-headed monster, but that defense is still a liability. It doesn’t help that the 32-year-old Ndamukong Suh’s contract is an albatross.

19. Pittsburgh Steelers: Replacing the retired Ben Roethlisberger under center won’t be easy, but highly-touted Wyoming product Josh Allen will have a lot of support on both sides of the ball.

20. Carolina Panthers: Cam Newton hasn’t been able to get back on track ever since that MVP 2015 campaign, and losing Ryan Kalil and Greg Olsen won’t help him in 2019. That offense is still good, especially with Christian McCaffrey and Curtis Samuel both making the Pro Bowl last season, but this isn’t the team it once was.

21. Jacksonville Jaguars: The Jags were smart to give up on bust quarterback Blake Bortles last offseason, but that high-priced defense became so good that they didn’t have enough draft currency to add a high-quality replacement. It’s still amazing that Garoppolo took less money to stay in New England. We’ll see if rookie Lamar Jackson can right the ship for a team with a top-five defense that has finished 8-8 in each of the last two seasons. 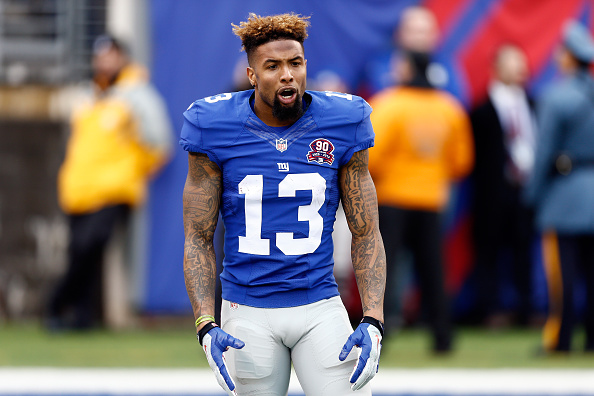 22. New York Giants: Nice to have Odell Beckham Jr. back, but without Manning, Weston Richburg and Landon Collins, the aging Giants are going to have to take a year or two to reload. A lot depends on how Davis Webb performs in his first full year as a starter.

23. Denver Broncos: That aging defense is still damn good, but they don’t have a running game or a good quarterback and are tight on cash. General manager John Elway has been too stubborn in regard to the quarterback position.

24. Detroit Lions: Matthew Stafford isn’t a Super Bowl-caliber quarterback, and his massive contract is killing them. They haven’t done much to get better on defense in recent years and are still without top-end weapons on offense. Expect the Lions to finish in last place in the NFC North again next season.

25. New Orleans Saints: Let the rebuild officially begin with Drew Brees gone. That offense might be horrible in 2019, but — rather astonishingly, considering what it looked like a few years ago — that D has become one of the best in the league.

26. Kansas City Chiefs: Patrick Mahomes’ first full season as a starter was rocky, the defense is old and Tyreek Hill is their only weapon on offense. The Chiefs are basically rebuilding. 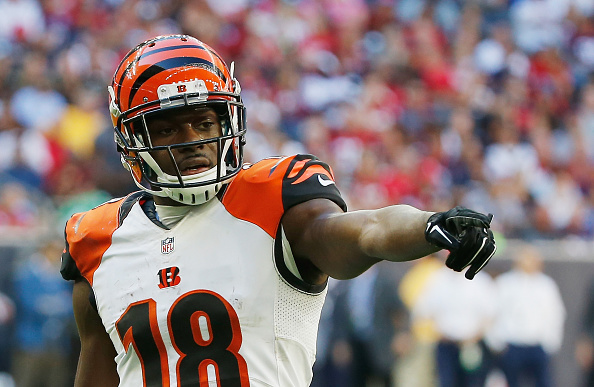 27. Cincinnati Bengals: They’ve wasted Andy Dalton’s and A.J. Green’s prime by half-assing free agency, but they remain semi-competitive with Dalton, Green and John Ross. That’s all owner Mike Brown cares about, but it’ll hurt a lot more if they lose Green next offseason (they will).

28. Arizona Cardinals: None of their young quarterbacks were able to step up in place of the retired Carson Palmer in 2018, and Tyrann Mathieu and Patrick Peterson can only do so much to carry that defense.

29. Philadelphia Eagles: This rebuild would be going a lot better if they had a replacement for bust quarterback Carson Wentz, who didn’t have his fifth-year option picked up this offseason.

30. Buffalo Bills: The Nathan Peterman, Cardale Jones and Tyrod Taylor experiments all failed and Sammy Watkins is gone, leaving the Bills back at the drawing board. Can top pick Josh Rosen finally become their franchise quarterback?

31. Baltimore Ravens: Kudos to the Ravens for biting the bullet and moving on from Joe Flacco, who didn’t do a lot of good there outside of an incredible Super Bowl run back in 2012. But this rebuild is going to take time.

32. Los Angeles Rams: Aaron Donald is the best defensive player in the game, but the Rams don’t have a lot else going for them now that it looks like Jared Goff’s career as a starter might already be over.