At any given time, a significant percentage of the NFL’s 32 teams are looking to upgrade at the quarterback position. Some are hoping for saviors. And others are in search of potential successors for their current starters. Rarely is anyone completely uninterested in potentially good quarterbacks.

In order to establish a gauge for which NFL teams are more desperate at the position than others, we give you our quarterback desperation rankings.

Going from least desperate to most desperate, here is how comfortable each NFL team is with their QB situation.

No need to worry

31. Seattle Seahawks: Three-time Pro Bowler Russell Wilson is coming off a down year, but that’s mainly on his supporting cast. He’s only 28.

30. Indianapolis Colts: At the age of 27, top 2012 draft pick Andrew Luck remains the present and the future.

Entering his 3rd NFL season, Marcus Mariota comes in at #50 on the #NFLTop100! pic.twitter.com/IRRN2Q6XwC

29. Tennessee Titans: It looks as though third-year No. 2 overall pick Marcus Mariota is turning into a franchise quarterback at the age of 23.

28. Dallas Cowboys: I suppose 2016 rookie sensation Dak Prescott could turn out to be a one-year wonder, but the 23-year-old will have a couple years’ worth of leash now.

27. Atlanta Falcons: Matt Ryan is in his prime and coming off an MVP season.

Then this, y’all wanna know why folks hate Aaron Rodgers? Lol I’m pretty sure this is why pic.twitter.com/C6RHlac4ma

26. Green Bay Packers: Aaron Rodgers is in his prime and coming off the hottest stretch of his career. But it’s worth noting that he’ll be 34 in December.

25. Cincinnati Bengals: Andy Dalton, who remains on the right side of 30, is coming off a Pro Bowl campaign — his third in six NFL seasons.

24. Carolina Panthers: I know he was the league MVP in 2015, but Cam Newton was the third-lowest-rated passer in the NFL last season. It’s pretty ridiculous that the 28-year-old has a career completion percentage of 58.4. If he struggles for a couple more seasons, the Panthers could have a problem.

RT @DutchBeek: You can’t go 30 minutes on this app without seeing a Ryan Tannehill gif pic.twitter.com/xoM0QuIuhY

23. Miami Dolphins: The 28-year-old Ryan Tannehill is coming off his best season yet, but even that wasn’t a full campaign and he’s yet to make a Pro Bowl.

22. Washington Redskins: Since becoming a starter two years ago, Kirk Cousins has been a top-10 quarterback in almost every respect. But that’s a small sample and the team doesn’t seem willing to give him a lucrative long-term deal.

21. New England Patriots: Despite his goals, Tom Brady would be lucky to remain effective beyond 2017 or 2018. And while they do have Jimmy Garoppolo waiting in the wings, the jury is still out on him too.

#3. Matthew Stafford puts the team on his back and rushes for the Game Winning touchdown against the Bears. pic.twitter.com/eLRg30Ifz0

18. Philadelphia Eagles: Rookie Carson Wentz was one of the worst quarterbacks in the league during his final 12 games in 2016. Another year like that and he’ll be a bust.

17. Los Angeles Rams: Jared Goff had a miserable rookie season, but the Rams traded away five primo draft picks in order to bring him in with the top selection last year. They can’t afford to be desperate for a replacement yet.

"There's a reason why he's been doing this for so many years. Absolute beast, monster."

14. Pittsburgh Steelers: Ben Roethlisberger is a five-time Pro Bowler, but he’s 35 and he contemplated retirement this offseason. 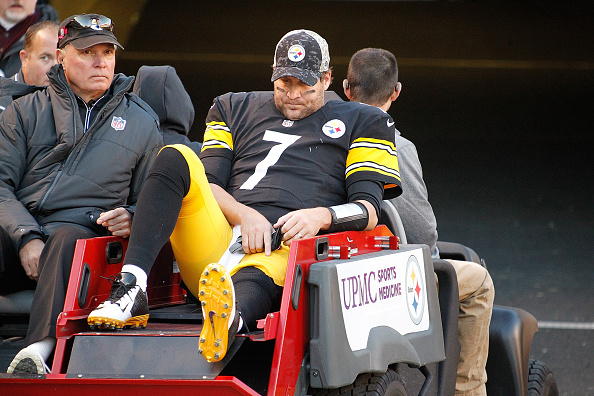 13. Baltimore Ravens: The 32-year-old Joe Flacco is still living off that Super Bowl run from 2011. He’s led the Ravens to one winning season in four years and he’s still never been to a Pro Bowl in nine NFL seasons.

11. Chicago Bears: Mike Glennon is a stopgap and the jury is still out on rookie first-rounder Mitchell Trubisky. 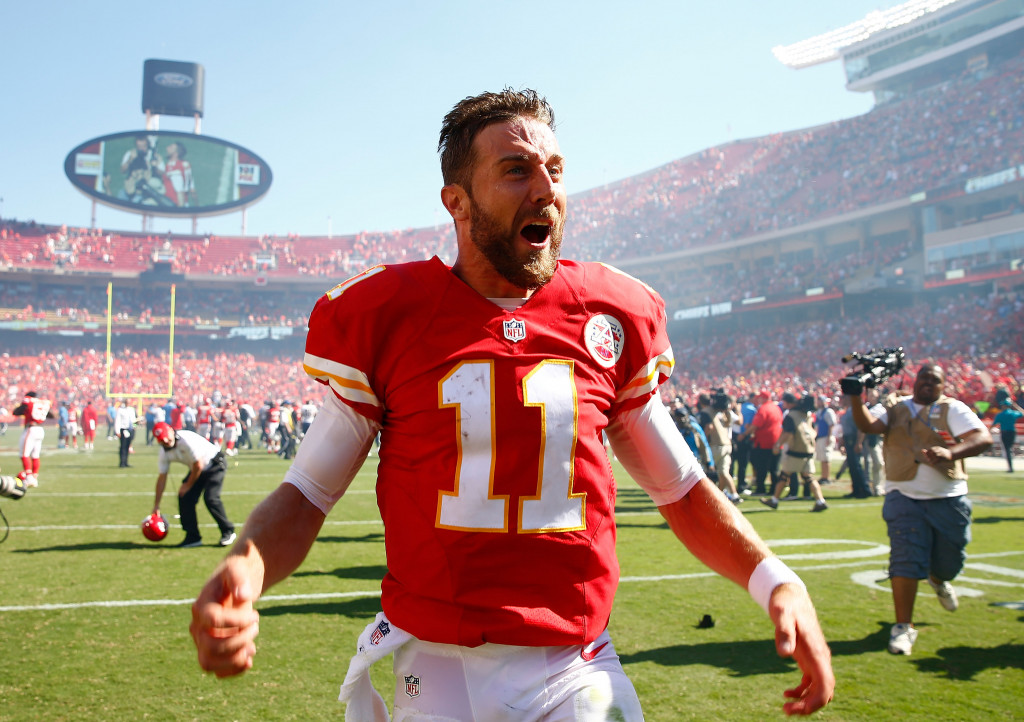 10. Kansas City Chiefs: Alex Smith is running out of time and the jury is still out on rookie first-rounder Patrick Mahomes III.

8. Buffalo Bills: A year removed from a Pro Bowl campaign, the athletically enticing Tyrod Taylor has one last shot to take the reins as the franchise quarterback.

6. Minnesota Vikings: Teddy Bridgewater might never be the same and Sam Bradford won’t ever get them to a championship.

5. Arizona Cardinals: The 37-year-old Carson Palmer can’t keep living off one great season in 2015. He’s close to the end. 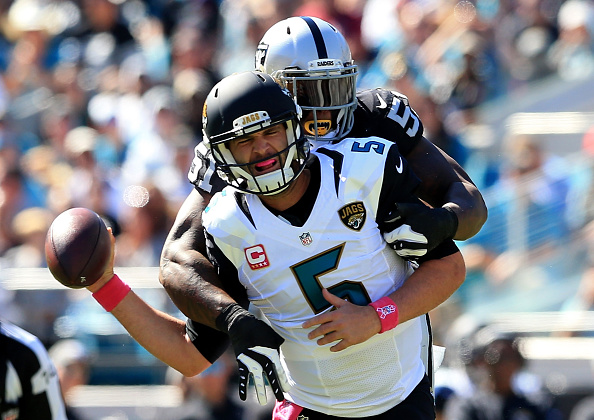 4. Jacksonville Jaguars: The third pick of the 2014 draft has regressed. If Blake Bortles doesn’t put it together in 2017, the Jags will be looking for a new quarterback. He won’t likely put it together, so they’re probably wasting their time.

3. Cleveland Browns: They do at least have options in second-round pick DeShone Kizer alongside Cody Kessler and Brock Osweiler. But there’s a good chance they’ll still be searching for a franchise signal caller next offseason.

2. San Francisco 49ers: By bringing in Brian Hoyer and Matt Barkley and not drafting a quarterback in the first two rounds, the Niners are basically waiting for next year.

1. New York Jets: Josh McCown is a 37-year-old stopgap for a rebuilding franchise, while Bryce Petty and Christian Hackenberg look like career backups in the best-case scenario.